Joseph E. Persico is the author of "Roosevelt's Secret War: FDR and World War II Espionage; Eleventh Month, Eleventh Day, Eleventh Hour: Armistice Day, 1918-World War I" "and Its Violent Climax; Piercing the Reich"; and "Nuremberg: Infamy on Trial," which was made into a television docudrama. He also collaborated with Colin Powell on his autobiography, "My American Journey," He lives in Guilderland, New York. 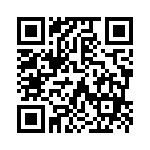