STEPHEN HAWKING was a brilliant theoretical physicist and is generally considered to have been one of the world's greatest thinkers. He held the position of Lucasian Professor of Mathematics at the University of Cambridge for thirty years and is the author of A Brief History of Time which was an international bestseller. His other books for the general reader include A Briefer History of Time, the essay collection Black Holes and Baby Universe, The Universe in a Nutshell, The Grand Design, and Black Holes: The BBC Reith Lectures.
He died on 14 March, 2018. 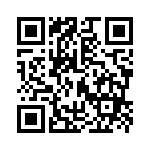