Deborah Blum is a Pulitzer Prize winning science writer, former president of the National Association of Science Writers, and Professor of journalism at the University of Wisconsin-Madison. She is the author of such award-winning books asLove at Goon Park: Harry Harlow and the Science of Affection, Sex on the Brain, andThe Monkey Wars. She has also written for The New York Times, The Washington Post, The Los Angeles Times, Discover, Psychology Today, Life, Health, The Utne Reader, Mother Jones, and discovery.com.

Mary Knudson is a medical writer at work on a book on heart failure to be published by the Johns Hopkins University Press. She wrote about medicine for theBaltimore Sun for seventeen years and won an NASW Science-in-Society Award. On the Primary Faculty at the Johns Hopkins University Master of Arts in Writing Program, she teaches science/medical writing and the Literature of Science.

Robin Marantz Henig is a contributing writer for the New York Times Magazine and author of 8 books, includingPandora's Baby (2004) and The Monk in the Garden (2000). She is a winner of the 2004 NASW Science-in-Society Award and three-time recipient of the June Roth Memorial Award for medical writing. Her writing appears inThe Best American Science Writing 2005. 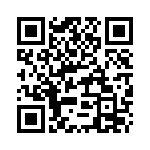