best book not only about knowing history but also about understanding how is history interpreted!!! wonderful work!!

Upinder Singh is Professor in the Department of History at the University of Delhi. She taught history at St. Stephen¿s College, Delhi, from 1981 until 2004, after which she joined the faculty of the Department of History at the University of Delhi. Professor Singh¿s wide range of research interests and expertise include the analysis of ancient and early medieval inscriptions; social and economic history; religious institutions and patronage; history of archaeology; and modern history of ancient monuments. Her research papers have been published in various national and international journals. Her published books include: Kings, Brahmanas, and Temples in Orissa: An Epigraphic Study (AD 300¿1147) (1994); Ancient Delhi (1999; 2nd edn., 2006); a book for children, Mysteries of the Past: Archaeological Sites in India (2002); The Discovery of Ancient India: Early Archaeologists and the Beginnings of Archaeology (2004); and Delhi: Ancient History (edited, 2006). 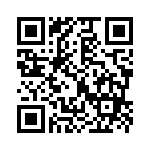