Fay Fransella is Founder and Director of the Center for Personal Construct Psychology, Emeritus Reader in Clinical Psychology, University of London and Visiting Professor of Personal Construct Psychology at the University of Hertfordshire. She has written 11 books, eight of them specifically relating to personal construct psychology and the use of repertory grids, and she has published over 150 journal papers and book chapters. She wrote the first edition of A Manual for Repertory Grid Technique with Don Bannister for Academic Press in 1977.
She trained and worked as an occupational therapist for 10 years before taking a degree in psychology and a postgraduate diploma in clinical psychology in 1962. It was during her first job as a lecturer at the Institute of Psychiatry, London, that she was introduced to George Kelly’s personal construct psychology and his repertory grid method. Both were revolutionary alternatives to the dominant behaviorism of the time. She found the view that we are all free agents responsible for what we make of the events which continually confront us particularly liberating. Since that time she has conducted research, together with teaching and writing, within the framework of Kelly’s ideas. Her main area of research has been stuttering, for which she used a form of repertory grid. She has also conducted research on weight disorders and various psychological problems.

Richard Bell is an Associate Professor of Psychology at the University of Melbourne. He is interested practical problems of measurement in clinical, organizational and educational settings. He has written extensively on the analysis of repertory grid data and has authored widely used software for the analysis of such data.

The influence of Don Bannister in arousing interest in George Kelly’s theory and methods of assessment has been profound. Even after his untimely death in 1986 his influence continues, through those he inspired, through his professional research and writings, and also through his four novels. In the year in which this second edition of the Manual for Repertory Grid Techniques is published the 15th International Congress in Personal Construct Psychology was held in Huddersfield, UK, focusing on that outstanding influence. He spent much of his professional life carrying out research for the UK Medical Research Council, which included a year working with George Kelly at Ohio State University in 1965. He saw the psychology of personal constructs as an approach to the person that was empowering, democratic and, above all, valuable in helping people understand themselves and others. He was insistent that psychologists should use what power and influence they have to make a difference in the lives of people. He would have taken great interest in the vast amount of new work that has been carried out with and into that tool which is detailed in this second edition of the book that he co-authored in 1977. 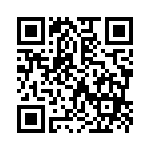