well im the first to write the review at this topic and im glad bcz its my first review toooo!!

Andy Medhurst works in the Department of Media and Film at the University of Sussex. He has been teaching and writing about issues of identity, representation and popular culture since 1982. He is the co-editor of Lesbian and Gay Studies and the author of a forthcoming book on Coronation Street. 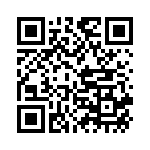