This book and movie adaptation by Merchant Ivory are fantastic. Read the book and watch the movie both are romatic and inspiring. The book I bought from overstock was very affordable nothing much too it it is a basic paperback. Read full review

I read this book the summer in between my junior and senior year of high school. During this time in my life, I had just started into a serious relationship. The romance between Lucy and Cecil very much related to me at the time. At first, I never thought that my boyfriend and I would be anything since we were such good friends, but over time I got to know him and saw a different side of him which made me change my relationship with the book. Lucy couldn't have imagined ever looking at anyone else but Cecil, her families desired lover for her, yet could these summer feelings towards the boy with the odd dad and odd background turn into something?
I was curious along with Lucy where the summer would bring her. Reflecting back on the book, I can recall the questioning on feelings that Lucy was going through during her summer especially with her trip to Italy and with the people she met there. It seemed to already be planned out for her that Cecil was her guy. The family approved and it seemed it was going to happen even before anything was said. Her trip changed everything though. Her cousin Charlotte, trying to protect her and keep her sheltered from these feelings during their trip to Italy, in some ways doesn’t seem to work out. Lucy got lost and exposed to the real life of Italy. That life was either extremely harsh in some instances, like the man dying in the square or loving in others, Such as the couple kissing on the ride in the country. Through it all, the odd boy, George Emerson was always there. He was never thought as much since his dad was very disliked due to his out spoken manner. He was mysterious and came to be a symbol of difference in Lucy’s life. I was curious where it would take them when he reappeared again after she got home.
Young adults my age might enjoy this book due to the fresh romance and love in the book. It isn’t a hard read and seems to be in a somewhat modern writing. The book although interesting, is not a very grabbing and intriguing read. It is a slow and lengthy read which I found difficult since there was nothing intriguing grabbing my attention. It is definitely more of a girl read since it is a romance book. I would recommend this book to older ladies if anything since it is romantic and slow.
Delaney D.
Period 5

Page 158 - own. She flushed again and said: "What height; " 'Come down, O maid, from yonder mountain height, What pleasure lives in height (the shepherd sang),
Appears in 180 books from 19-2006
Page 210 - me. No doubt I am neither artistic nor literary nor intellectual nor musical, but I cannot help the drawing-room furniture; your father bought it and we must put up with it, will Cecil kindly remember." "I—I see what you mean, and certainly Cecil oughtn't to. But he does not mean to be uncivil —he once
Appears in 13 books from 1922-2006
More
Page 269 - darkness. She put out the lamp. It did not do to think, nor, for the matter of that to feel. She gave up. trying to understand herself, and joined the vast armies of the benighted, who follow neither the heart nor the brain, and
Appears in 21 books from 1922-2006
Page 113 - a neutral, was bidden to collect the factions for the return home. There was a general sense of groping and bewilderment. Pan had been amongst them—not the great god Pan, who has been buried these two thousand years, but the little god Pan, who presides over social contretemps and
Appears in 16 books from 1922-2006
Page 45 - Remember," he was saying, "the facts about this church of Santa Croce; how it was built by faith in the full fervour of medievalism, before any taint of the Renaissance had appeared. Observe how Giotto in these frescoes—now, unhappily, ruined by restoration—is untroubled by the snares of anatomy and perspective. Could anything be
Appears in 13 books from 1922-2006
Page 315 - spoke at once—his salutation remained. He had robbed the body of its taint, the world's taunts of their sting; he had shown her the holiness of direct desire. She "never exactly understood," she would say in after years, "how he managed to strengthen her. It was as if he had made her see the whole of everything at once.
Appears in 16 books from 1922-2006
Page 244 - —and that the power they have over us is sometimes supernatural, for the same reason." Lucy's lips parted. "For a crowd is more than the people who make it up. Something gets added to it—no one knows how—just as something has got added to those hills." He pointed with his racquet to the South Downs. "What a splendid
Appears in 13 books from 1922-2006
Page 34 - is only to be found by patient observation." This sounded very interesting, and Lucy hurried over her breakfast, and started with her new friend in high spirits. Italy was coming at last. The Cockney Signora and her works had vanished like a bad dream. Miss Lavish—for that was the clever lady's
Appears in 10 books from 1922-2006
Page 243 - view of the sky straight over our heads, and that all these views on earth are but bungled copies of it." "I expect your father has been reading Dante," said Cecil, fingering the novel, which alone permitted him to lead the conversation. "He told us another day that views are really
Appears in 10 books from 1922-2006
Less

Edward Morgan Forster was born on January 1, 1879, in London, England. He never knew his father, who died when Forster was an infant. Forster graduated from King's College, Cambridge, with B.A. degrees in classics (1900) and history (1901), as well as an M.A. (1910). In the mid-1940s he returned to Cambridge as a professor, living quietly there until his death in 1970. Forster was named to the Order of Companions of Honor to the Queen in 1953. Forster's writing was extensively influenced by the traveling he did in the earlier part of his life. After graduating from Cambridge, he lived in both Greece and Italy, and used the latter as the setting for the novels Where Angels Fear to Tread (1905) and A Room with a View (1908). The Longest Journey was published in 1907. Howard's End was modeled on the house he lived in with his mother during his childhood. During World War I, he worked as a Red Cross Volunteer in Alexandria, aiding in the search for missing soldiers; he later wrote about these experiences in the nonfiction works Alexandria: A History and Guide and Pharos and Pharillon. His two journeys to India, in 1912 and 1922, resulted in A Passage to India (1924), which many consider to be Forster's best work; this title earned the James Tait Black Memorial Prize. Forster wrote only six novels, all prior to 1925 (although Maurice was not published until 1971, a year after Forster's death, probably because of its homosexual theme). For much of the rest of his life, he wrote literary criticism (Aspects of the Novel) and nonfiction, including biographies (Goldsworthy Lowes Dickinson), histories, political pieces, and radio broadcasts. Howard's End, A Room with a View, and A Passage to India have all been made into successful films. 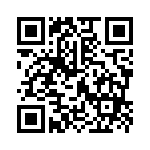