Paul Moon was born in 1968 in New Zealand. He is a professor at the Auckland University of Technology. He is also a writer of New Zealand history and biography specialising in Maori history. He has a Bachelor of Arts degree in History and Political Studies, a Master of Philosophy degree, a Master of Arts degree and a Doctor of Philosophy. He is recognised for his research of the Treaty of Waitangi and has written two books about it. He has also produced the biographies of Governors William Hobson and Robert FitzRoy, and the Nga Puhi chief Hone Heke. In June 2014, Moon was shortlisted for the Ernest Scott Prize in History. In 2015 he made the New Zealand Best Seller List with his title Face to Face which he co-authored with Jane Ussher. 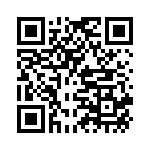