Michael W. Fox was born in Bolton, England, in 1937. He trained as a veterinarian at London's Royal Veterinary College, graduating in 1962, and later earned both a Ph.D. (1967) and a D.Sc. (1976) from the University of London. Fox came to the United States in 1962 as a fellow at Jackson Laboratory in Bar Harbor, Maine. He worked at the State Research Hospital in Galesburg, Illinois, and at Washington University in Missouri, before moving to Washington, D.C., in 1976 to become the director of the Institute for the Study of Animal Problems and, later, vice president of the Humane Society of the United States. Fox has written several books about animals for both the professional and the pet owner, including Canine Behaviour, his first in 1965; Canine Pediatrics; Integrative Behavior of Brain and Behavior in the Dog; Behavior of Wolves; The Soul of the Wolf; Understanding Your Dog; Love is a Happy Cat. Fox is also the author of Between Animal and Man: The Key to the Kingdom and One Earth, One Mind, as well as several books for children, two of which have won awards. The Wolf received the 1973 Christopher Award for Children's Literature and Ramu and Chennai received a National Teacher's Association best science book award in 1976. Fox also wrote a syndicated newspaper column called "Ask Your Vet," and has been a frequent guest on national radio and television programs. 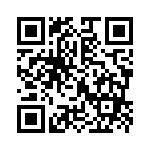