Matthew Wilkes is a European software developer who has worked with Python on web projects for the last fifteen years. As well as developing software, he has long experience in mentoring Python developers in a commercial setting.

He is also very involved in open source software, with commits to many popular

frameworks. His contributions in that space are focused on the details of database and security interactions of web frameworks. 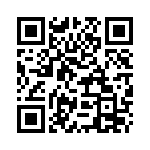