Giles R. Wright received a bachelor's degree from Georgetown University, a master's degree in African studies from Howard University, and pursued doctorial studies in comparative labor history at Rutgers University. He taught labor studies and Afro-American history at Rutgers University, helped prepare the New Jersey African-American Curriculum Guide: Grades 9 to 12, and wrote the script and companion teachers' guides for educational videos of important African-American figures. His expertise was African-Americans in New Jersey and the Underground Railroad. His written works include The History of African Americans in New Jersey, Moving Toward Breaking the Chains: Black New Jerseyans and the American Revolution, 12 entries in the Encyclopedia of New Jersey, and a pamphlet Steal Away, Steal Away: A Guide to the Underground Railroad in New Jersey. He was the director of the Afro-American History Program at the New Jersey Historical Commission from 1979 to 2008. He died on February 5, 2009 at the age of 73. 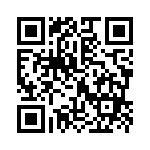