If I could give a book a rating of 3.75, that would be about right. As others have noted this is so much of a survey that it becomes less a history of the evolution of mammals and more of an ... Read full review

Page 338 - ZACHOS, JC, BREZA, JR and WISE, SW, 1992. Early Oligocene ice-sheet expansion on Antarctica. Stable isotope and sedimentological evidence from Kerguelen Plateau, southern Indian Ocean. Geology, 20: 569-573.
Appears in 23 books from 1965-2008
Page 319 - Hutchison, JH, 1982. Turtle, crocodilian, and champsosaur diversity changes in the Cenozoic of the north-central region of western United States. Palaeogeography, Palaeoclimatology, Palaeoecology, v.
Appears in 11 books from 1994-2006
More
Page xiii - We are grateful to the National Science Foundation and the Petroleum Research Fund of the American Chemical Society for support of this research.
Appears in 45 books from 1879-2006
Page 1 - Fossil hunting is far the most fascinating of all sports. I speak for myself, although I do not see how any true sportsman could fail to agree with me if he had tried bone digging. It has some danger, enough to give it zest and probably about as much as in the average modern engineered big-game hunt, and the danger is wholly to the hunter. It has uncertainty and excitement and all the thrills of gambling with none of its vicious features. The hunter never knows what his bag may be, perhaps nothing,...
Appears in 5 books from 1934-2006
Less

Recipient of the 2013 James Shea Award of the National Association of Geology Teachers for outstanding writing and editing in the geosciences.

Donald R. Prothero is Emeritus Professor of Geology at Occidental College and Lecturer in Geobiology at the California Institute of Technology. He has published 32 books, including Reality Check: How Science Deniers Threaten Our Future (IU Press, 2013); Rhinoceros Giants: The Paleobiology of Indricotheres; Earth: Portrait of a Planet; The Evolution of Earth; Evolution: What the Fossils Say and Why It Matters; Catastrophes!; and After the Dinosaurs: The Age of Mammals (IU Press, 2006). 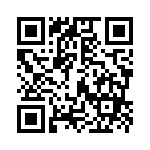