It is a nice and inspiering book

Alice Calaprice was senior editor at Princeton University Press for over 20 years, specializing in editing the sciences. She was in charge of editing and production of the Collected Papers of Albert Einstein and was administrator of the series' accompanying translation project. She is the author of several books on Einstein, including The Quotable Einstein.

Trevor Lipscombe Trevor Lipscombe was educated at the University of London and then at Oxford, where he obtained a doctorate in theoretical physics. He has published widely in quantum mechanics and statistical physics, two of Einstein's main areas of interest. 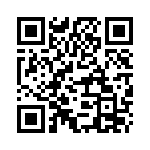