Hartmut Rosa is a Full Professor of Sociology and Social Theory at Friedrich Schiller University in Jena, Germany, and an Affiliated Professor of Sociology at the New School for Social Research in New York. He also directs the Laboratory of the Enlightenment, an interdisciplinary Research-Centre at Jena University. After studying in Freiburg, London and Harvard, he got his PhD in 1997 from Humboldt-University. Berlin with a book on Charles Taylor's Philosophical Anthropology and Political Theory. He is Co-Director of the annual Philosophy and the Social Sciences Conference in Prague and Co-Editor of Time & Society. In cooperation with William E. Scheuerman, he edited a volume of new and classical texts on the phenomenon of social acceleration: High-Speed Society: Social Acceleration, Power and Modernity: Penn State University Press, 2009. 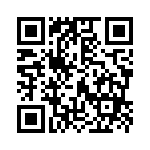