“All My Road Before Me: The Diary of C.S. Lewis 1922-1927” by C.S. Lewis Tedious throughout with the minutiae of his daily studies, there is - nevertheless - enough jewels to make it worth the read ... Read full review

Mainly for hardcore Lewis buffs I think that few people who aren't serious students of C. S. Lewis will find this item very interesting. Although Lewis was urged to write it by "his adopted mother ... Read full review

C. S. (Clive Staples) Lewis (1898-1963), one of the great writers of the twentieth century, also continues to be one of our most influential Christian thinkers. A Fellow and tutor at Oxford until 1954, he spent the rest of his career as Chair of Medieval and Renaissance English at Cambridge. He wrote more than thirty books, both popular and scholarly, inlcuding The Chronicles of Narnia series, The Screwtape Letters, The Four Loves, Mere Christianity and Surprised by Joy. 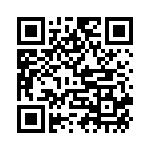