This book is amazing for the research and writing detail that the author did. I highly recommend it. No google search or wiki here! Deep scholarly work over years of research, the likes we will never see again. Who ate what and who wrote about it. Then on the the politics of food, what was worth transporting and what wasn't. Great work.

I immediately ordered the book for my wife's birthday from the Google scholar preview.. For those of us who have walked the land with native guides, Bernal's
description is a vertible recipe source. I recognize the basis of many modern Mexican dishes. And
new ones to try. I have had wonderful atole's from the atole shops and street vendors in Mexico and Guatemala, but this list goes beyond. Same for the corn masa dishes and breads and a ground pumpkin and masa bread Coe describes elsewhere. I have restocked my supply of winter squashes
and easily toasted some of the dried seeds. I look forward to trying to replicate a few.

Sophie D. Coe (1933-1994) held a Ph.D. in anthropology from Harvard University. She researched and written extensively on the cuisines of native Latin America. 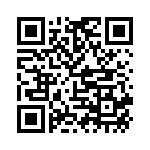