Richard Forster is a computer scientist at Zurich University. He holds the International Master chess title, is the chess correspondent of the Neue Zürcher Zeitung and contributes articles on chess history to various international periodicals. 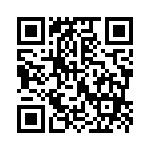