Alfred Kazin, a literary critic and professor of English literature, was born in Brooklyn on June 5, 1915. He was educated at City College and Columbia University. Kazin established his own critical reputation in the mid-1940s with On Native Grounds (1942), a study of American literature. His later work, Bright Book of American Life (1973), is both a recapitulation of modernism and an evaluation of American writers who have achieved prominence since 1945. Modernism, a favorite topic of Kazin, is in his view a literary revolution marked by spontaneity and individuality but lacking in precisely the mass culture appeal necessary to its survival. Contemporaries (1962) includes reflective essays on travel, five essays on Freud, and some very perceptive essays on literary and political matters. The final section, "The Critic's Task," concerns itself with the critic's function within a popular and an academic context and with critical theory and principles. Starting Out in the Thirties (1965) describes Kazin's early years with The New Republic as book reviewer and evaluates his contemporaries in a period when the depression and radical political thought, pro and con, deeply affected literary production. In the midst of the current antihumanistic trend in literary theory, Kazin remains a literary critic of the old school, believing in the relevance of literature to modern life. Alfred Kazin died on June 5, 1998. 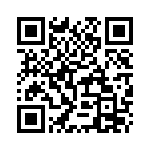