This book is so bad

At first glance Gandi's book seems pretty much boring if we take into account his dietitian thoughts and a lot of insignificant circumstances, for instance many unimportant details about his family life or relationships with numerous people(I think presented names may confuse the reader), but I believe it has justification.
Come to think of it, he was more spiritual father than a writer and his approach to autobiography was not meant to popularity or triumphal debut in writing career, all this factors were against his faith, which undoubtedly is obvious after first page of the book... Gandi wanted to express most important belief according to his faith and he had no shame if it demanded to sacrifice oneself, literary to talk abut some painful, awkward memories which is not easy thing to do. I have to say that he successfully managed that, but in term of quality of intrigue and interest, he showed improvidence or just didn't take it seriously..
Another important thing to consider is his honesty and devotion, he was a man of principle and certainly good person to admire... From my point of view, the most significant factor and obviously the main honor of Gandi's autobiography is the truth, you can not even simply find some phony phrase...
Although I have to admit, that I expected more (may be more action), but i can not say that I was disappointed, but I strongly believe that a men like Gandi deserved better book... I know he would managed it if he co-operated with professional writer (like Ronald Reagan did, his autobiography is a lot more interesting)
On balance I would say, this is a pretty good book with pluses and negative sides and It makes us to think about our priorities in life... I kind of recommend this book...
P.S
Actually I read this book on Georgian language(I am Georgian and I apologize for my poor knowledge of English)

Mohandas Gandhi was born in Western India in 1869. After studying law in London and living in South Africa for many years, he returned to India in 1915, where he spent the rest of his life campaigning for India's independence and promoting his fundamental principles of truth and non-violence. He died in 1948. 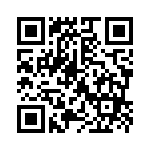