Rate of change of internal energy in First law of thermodynamics

Page 8 - A mathematical theory is not to be considered complete until you have made it so clear that you can explain it to the first man whom you meet on the street.
Appears in 24 books from 1894-2008
Page 1 - You see, one thing is, I can live with doubt and uncertainty and not knowing. I think it's much more interesting to live not knowing than to have answers that might be wrong.
Appears in 16 books from 1973-2008 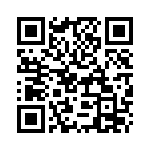