Dr Leo Ruickbie is the editor of the Paranormal Review, the magazine of the Society for Psychical Research (SPR) – founded in 1882, this is the world’s oldest and largest organization for the study of what we now call the ‘paranormal’. In Angels in the Trenches, his sixth book, published by one of the world’s leading publishers, he documents the nightside of the First World War, the uncanny and extraordinary superstitions, spiritualist beliefs and supernatural events that arose from the experience of the most devastating war then to have been fought.
Ruickbie follows the stories of key figures, such as Sir Arthur Conan Doyle, through the war years, seeing how events shaped or destroyed them. There were strange contradictions as society wrestled with the problem of the paranormal. Fortune-tellers were put on trial for fraud at the same time as the Army could stage a mass handout of lucky charms. A dramatic case like the Angels of Mons affected the whole country, but there were also so many individual encounters with the uncanny, with seemingly impossible coincidences or strokes of luck (good and bad). It seemed more than any other conflict to be a quintessentially paranormal war.
Written as narrative history, or even as a non-fiction novel, Angels in the Trenches adopts the fast-moving style of modern fiction with a focus on character, underpinned by rigorous historical research. There are new things to be discovered here, as well as a cracking good read. Highly recommended.

Dr LEO RUICKBIE, PhD (Lond), MA, BA (Hons), Associate of King's College, is a professional writer, editor, social scientist and historian, specialising in controversial areas of human belief and experience.
His PhD is from King's College, London, for his thesis on contemporary witchcraft and magic use, building on research on the theory of re-enchantment that won him an MA with distinction from Lancaster University. He is the author of several books - Witchcraft Out of the Shadows (2004 and 2011), Faustus: The Life and Times of a Renaissance Magician (2009), A Brief Guide to the Supernatural (2012), A Brief Guide to Ghost Hunting (2013) and The Impossible Zoo (2016) - as well as numerous publications in scholarly journals, magazines, such as Fortean Times, and newspapers, including the Daily Express. He is also the co-editor with Dr Simon Bacon of Little Horrors: Interdisciplinary Perspectives on Anomalous Children and the Construction of Monstrosity (2016), and with Dr Antje Bosselmann-Ruickbie of The Material Culture of Magic (forthcoming).
As well as writing, he is the editor of the Paranormal Review, the magazine of the Society for Psychical Research, established in 1882 for the scientific study of what we now call the 'paranormal', and has worked on several editorial projects for the Römisch-Germanisches Zentralmuseum (Romano-German Central Museum) in Mainz, Germany. In addition, he is an elected member of the Royal Historical Society, a council member of the Society for Psychical Research, a committee member of the Gesellschaft für Anomalistik (Society for Anomalistics), as well as a member of the Parapsychological Association and the Royal Anthropological Institute.
He has appeared several times on the Travel Channel series Mysteries at the Castle and his work has been mentioned in the media from the Guardian to Radio Jamaica. Not only has his expertise been sought by film companies, museums and charities, but he is also cited in the current student book for A-Level Sociology in the UK. He can be found on the web at www.ruickbie.com. 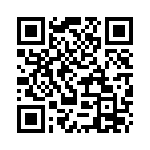