Norman Gash is Professor of History, University of St Andrews. 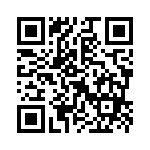