Carl Gustav Hempel's work is essential for understanding the positivist philosophy of science. His interpretation of scientific explanation and his "paradoxes of confirmation" have stimulated discussion for decades. Born in Oranienburg, Germany, Hempel has been a U.S. citizen since 1944. Like many other philosophers of science, he studied physics and mathematics at the Universities of Gottingen and Heidelberg. In Berlin he was a student of Hans Reichenbach and participated in the Society for Scientific Philosophy, the sister group of the Vienna Circle of Logical Positivists. Hempel left Germany for Brussels in 1934 and then went to the United States in 1937, where he held positions at the University of Chicago, the City College of New York, Queens College, and Yale University. Hempel became professor of philosophy at Princeton University in 1955 and held the title of Stuart Professor from 1956 until he retired in 1973. The University of Pittsburgh appointed him professor of philosophy in 1977. Hempel writes in a scientific style: clear, matter of fact, free of personal idiosyncrasies. The reader always has a sense of the goals, problems, and permissible means of solving the problems. In effect, Hempel invites the reader to join him in research. Many philosophers of science have accepted his invitation. In conjunction with Paul Oppenheim, Hempel proposed the most influential model of scientific explanation: that events are explained by deducing their descriptions from universal scientific laws and "antecedent conditions." Ever since, sociologists, political scientists, and historians have agonized over the question of whether their disciplines can possess such explanations. In 1945 Hempel published "Studies in the Logic of Confirmation." Confirmation is the support that evidence confers on a scientific theory. Hempel's investigation uncovered fundamental difficulties, even paradoxes. In 1965 Hempel published a collection entitled Aspects of Scientific Explanation, which is the best summary of his thoughts on confirmation and scientific explanation. 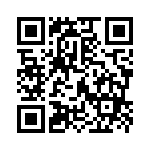