THE ASTONISHING HYPOTHESIS: The Scientific Search for the Soul

It's exactly 40 years since Watson and Crick published their landmark double-helix papers in Nature, setting biology on a revolutionary course. In the meantime, Watson has continued to reign supreme ... Read full review

The bulk of the book is spent on describing how the brain, step by step, processes the information that the retina provides into the 3-dimensional 'motion picture' we observe, and which parts of the ... Read full review

Introduction
Q: What is the soul?

A: The soul is a living being without a body, having reason and free will.

The Astonishing Hypothesis is that "You," your joys and your sorrows, your memories and your ambitions, your sense of personal identity and free will, are in fact no more than the behavior of a vast assembly of nerve cells and their associated molecules. As Lewis Carroll''s Alice might have phrased it: "You''re nothing but a pack of neurons." This hypothesis is so alien to the ideas of most people alive today that it can truly be called astonishing.

The interest of human beings in the nature of the world, and about their own natures in particular, is found in one form or another in all peoples and tribes, however primitive. It goes back to the earliest times from which we have written records and almost certainly from before that, to judge from the widespread occurrence of careful human burial. Most religions hold that some kind of spirit exists that persists after one''s bodily death and, to some degree, embodies the essence of that human being. Without its spirit a body cannot function normally, if at all. When a person dies his soul leaves the body, although what happens after that -- whether the soul goes to heaven, hell, or purgatory or alternatively is reincarnated in a donkey or a mosquito -- depends upon the particular religion. Not all the religions agree in detail, but this is usually because they are based on different revelations -- contrast the Christian Bible and the Muslim Koran. In spite of differences among religions, there is broad agreement on at least one point: People have souls, in the literal and not merely the metaphorical sense. These beliefs are held, and in many cases held strongly and aggressively, by the majority of human beings alive today.

There are, of course, a few exceptions. At one point, a minority of some of the more extreme Christians (following Aristotle) doubted whether women had souls, or at least had souls of the same quality as men. Some religions, such as Judaism, put little emphasis on life after death. Religions differ as to whether animals have souls. An old joke suggests that philosophers (in spite of all their differences) fall broadly into two classes: Those who own dogs, it is said, are confident that dogs have souls; those who do not, deny this.

Yet a minority of people today (including a large number in the former Communist countries) is inclined to a totally different view. Such people believe that the idea of a soul, distinct from the body and not subject to our known scientific laws, is a myth. It is easy to see how such myths could have arisen. Indeed, without a detailed knowledge of the nature of matter and radiation, and of biological evolution, such myths appear only too plausible.

Why, then, should this basic concept of the soul be doubted? Surely if almost everyone believed it, this is, in itself, prima facie evidence for it. But then some four thousand years ago almost everyone believed the earth was fiat. The main reason for this radical change of opinion is the spectacular advance of modern science. Most of the religious beliefs we have today originated in a time when the earth, while a small place by our standards, was then thought of as being very large, even though its exact extent was unknown. Any one person had direct knowledge of only a tiny part of it. It was not implausible to believe that this large earth was the center of the universe and that man occupied the leading place in it. The earth''s origins seemed lost in the mists of time and yet the span of time thought to be involved, while it seemed long in terms of human experience, we now know to be ridiculously short. It was not implausible to believe the earth was less than ten thousand years old. We now know its true age is about 4.6 billion years. The stars seemed far away, fixed perhaps in the spherical firmament, but that the universe extended as far as it does more than 10 billion light years -- was almost inconceivable. (An exception has to be made here for certain Eastern religions, such as Hinduism, that take pleasure in inflating times and distances for the sheer joy of it.)

Before Galileo and Newton our knowledge of basic physics was primitive. The movements of the sun and the planets seemed to be regular in some very intricate way. It was not totally unreasonable to believe that they needed angels to guide them. What else could make their behavior so regular? Even in the sixteenth and seventeenth centuries our understanding of chemistry was largely incorrect. Indeed, the existence of atoms was doubted by some physicists as late as the beginning of the twentieth century.

Yet today we know a great deal about the properties of atoms. We can give each type of chemical atom a unique whole number. We know their structure in detail, and most of the laws that control their behavior. Physics has provided a framework of explanation for chemistry. Our detailed knowledge of organic chemical molecules is enormous and expanding every day.

Admittedly, we still do not understand exactly what happens at very small distances (within the nucleus of an atom), at extremely high energies, and in very large gravitational fields. But for the conditions we normally have to deal with on earth (when an atom will only change into another atom under very special circumstances), most scientists think that this incompleteness of our knowledge probably matters very little, if at all, in our attempts to understand the mind and the brain.

In addition to our knowledge of basic chemistry and physics, the earth sciences (such as geology) and cosmic science (astronomy and cosmology) have developed pictures of our world and our universe that are quite different from those common when the traditional religions were founded. The modern picture of the universe, and how it developed in time, forms an essential background to our present knowledge of biology. That knowledge has been completely transformed in the last 150 years. Until Charles Darwin and Alfred Wallace independently hit on the basic mechanism driving biological evolution -- the process of natural selection -- the "Argument from Design" appeared to be unanswerable. How could an organism as complex and well designed as man have arisen without the help of an all-wise Designer? Yet this argument has collapsed completely. We now know that all living things, from bacteria to ourselves, are closely related at the biochemical level. We know that life has existed on earth for billions of years, and that the many species of plants and animals have changed, often radically, over that time. The dinosaurs have gone and in their place many new species of mammals have arisen. We can watch the basic processes of evolution happening today, both in the field and in our test tubes.

In this century there has been an equally dramatic biological advance, due to our understanding of the molecular nature of genes, the processes involved in their exact replication, together with our detailed knowledge of proteins and the mechanisms of their synthesis. We now realize that proteins, as a class, are immensely powerful and versatile, and can form the basis of elaborate biochemical devices. A major assault is being mounted on embryology (now often called "developmental biology"). The fertilized egg of a sea urchin normally divides many times, eventually turning into a mature sea urchin. If, after the first division, the two daughter cells of the fertilized egg are separated, then each of them will develop, in time, into a separate though rather smaller sea urchin. A similar experiment can be done on a frog''s egg. The molecules have reorganized themselves to produce two little animals from the material that would otherwise have produced one. When this was first discovered, about a hundred years ago, it was suggested that some kind of immaterial Life Force must surely be at work. It seemed inconceivable that this dramatic doubling of a living creature could ever be explained on a biochemical basis -- that is, using the properties of organic and other molecules and their interactions. Nowadays we feel that we shall have no difficulty in principle in working out how this can happen, although we expect the explanation to be complex. The history of science is littered with statements that something was inherently impossible to understand ("we shall never know of what the stars are made"). In many cases time has shown these predictions to be incorrect.

A modern neurobiologist sees no need for the religious concept of a soul to explain the behavior of humans and other animals. One is reminded of the question Napoleon asked after Pierre-Simon Laplace had explained to him the workings of the solar system: Where does God come into all this? To which Laplace replied, "Sire, I have no need of that hypothesis." Not all neuroscientists believe that the idea of the soul is a myth -- Sir John Eccles is the most notable exception -- but certainly the majority do. It is not that they can yet prove the idea to be false. Rather, as things stand at the moment, they see no need for that hypothesis. Looked at in the perspective of human history, the main object of scientific research on the brain is not merely to understand and cure various medical conditions, important though this task may be, but to grasp the true nature of the human soul. Whether this term is metaphorical or literal is exactly what we are trying to discover.

Many educated people, especially in the Western world, also share the belief that the soul is a metaphor and that there is no personal life either before conception or after death. They may call themselves atheists, agnostics, 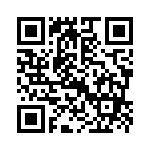