Page 4 - crime against humanity" means any of the following acts when committed as part of a widespread or systematic attack directed against any civilian population...
Appears in 202 books from 1946-2008

Mark A. Drumbl is Professor of Law at the School of Law, Washington & Lee University, where he also serves as Director of the Transnational Law Institute, and has repeatedly held the Ethan Allen Faculty Fellowship. He studied at McGill University (BA, MA), Institut d'etudes politiques, University of Toronto (LL.B.), and Columbia University (LL.M., J.S.D.) and has held visiting appointments at University College, University of Oxford, Trinity College Dublin, Vanderbilt University, and the University of Ottawa. In 2005 his academic work received the Association of American Law Schools Scholarly Papers Prize and in 2003 the International Association of Penal Law (US Section) Best Article Prize. Dr Drumbl has published extensively on international law and criminal justice, including in the NYU, Michigan, and North-western law reviews, Human Rights Quarterly, the American Journal of International Law, and the Columbia Journal of Transnational Law. He has also authored chapters in edited volumes and frequently speaks at academic conferences and symposia. Prior to entering law teaching, Dr. Drumbl was judicial clerk to Justice Frank Iacobucci of the Supreme Court of Canada. His practice experience includes an appointment as co-counsel for the Canadian Chief-of-Defense Staff before the Royal Commission investigating military wrongdoing in the UN Somalia Mission. Professor Drumbl has served as an expert in litigation in the US federal courts, as defense counsel in the Rwandan genocide trials, and has taught international law in Pakistan and Brazil. He is a frequent commentator in national print media, radio, and television. 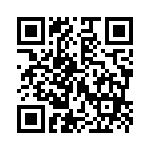