I'd known about Seligmman's work for quite some time. I first started taking questionnaires at his website back in 2008. The fact that three years later, I still haven't taken them all, should be a ... Read full review

An Aristotelian approach to psychology The basic idea behind positive psychology is that, rather than solely treating mental disease and alleviating negative symptoms, the field of psychology should ... Read full review

Martin Seligman PhD, Professor of Psychology at the University of Pennsylvania and Director of the Positive Psychology Network, gave the Centennial address to the British Psychological Society in 2002 and is an Honorary Professor at the University of Cardiff. A former President of the American Psychological Association, he has written over 20 books including the bestselling Learned Optimism and Authentic Happiness and in 2009 was awarded the British Academy's Wiley Prize in Psychology. He is widely considered the pre-eminent expert on applied psychology in the world. 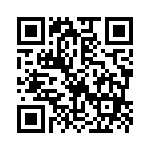