André Gide (1869–1951), winner of the 1947 Nobel Prize for Literature, was a celebrated novelist, dramatist, and essayist whose narrative works dealt frankly with homosexuality and the struggle between artistic discipline, moralism, and sensual indulgence. Born in Paris, Gide became an influential intellectual figure in nineteenth- and twentieth-century French literature and culture. His essay collections Autumn Leaves and Oscar Wilde, among others, contributed to the public’s understanding of key figures of the day. He traveled widely and advocated for the rights of prisoners, denounced the conditions in the African colonies, and became a voice for, and then against, communism. Other notable works include The Notebooks of André Walter (1891), Corydon (1924), If It Die (1924), The Counterfeiters, and his journals, Journal 1889–1939, Journal 1939–1942, and Journal 1942–1949. 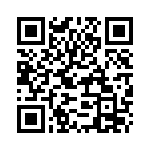