Edwin Tappan Adney was an artist, a writer, a photographer and the man credited with saving the art of birch bark canoe construction. He built more than one hundred models of different types, which are now housed at the Mariners' Museum in Newport News, Virginia. He is the author of The Klondike Stampede, a book, illustrated with his own photographs, about his experiences in the Yukon during the Gold Rush. He lived in Athens, Ohio.

John McPhee is an American writer, and considered by many as one of the pioneers of creative nonfiction. Winner of the Pulitzer Prize in General Nonfiction for his collection Annals of the Former World, he is the Ferris Professor of Journalism at Princeton University, where he currently resides. 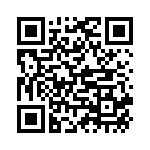