Matt Wesolowski was a winner of the Pitch Perfect competition at Bloody Scotland Crime Writing Festival in 2015. His previous books include Six Stories, Hydra and Changeling. 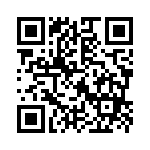