Nothing to do with the Disney film (ignore the editions list!) A superb account of the difficulties of making a wonderful film - the effortless magic that pervades the Beast's castle seems even more amazing when you learn the struggles with which it was created. Read full review

Review: Beauty and the Beast: Diary of a Film

Curious how one of my favorite movies could come out of such a painful shoot. Cocteau makes the occasional comment about the mystical power of poetry but mainly keeps to the details: the weather, the ... Read full review

Born in Maisons-Lafitte, France, on July 5, 1889, Jean Cocteau was a poet, actor, film director, and playwright. Cocteau's first volume of verse, La Lampe d'Aladian, established him as an important contemporary writer. During recuperation from an opium addiction, Cocteau produced some of his best-known work, including his first motion picture, Blood of a Poet, the play Orpheus, and the novel Les Enfants Terribles. Cocteau later published Difficulty of Being, a loose collection of autobiographical observations. Jean Cocteau died on October 11, 1963, at the age of 74. 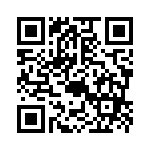