Dr Abby Day, Reader of Race, Faith, & Culture in the Department of Sociology at Goldsmiths, University of London, is an internationally recognised scholar in the social scientific study of religion. She has conducted several inter-disciplinary research projects focusing on contemporary belief and belonging in Euro American contexts and is a sought-after speaker at international conference and workshops. Previous publications include an edited volume, Religion and the Individual, several academic papers and book chapters focusing on youth, gender, the social supernatural, cultural identity and the nature of nominal belief. 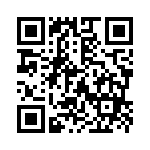