Picked up this book in the library because the title sounded promising! DEFINITELY worth it - an excellent read!! Looking forward to reading more of this/these author(s) works.

Born the son of a coal miner, Gary Bell QC left school without any qualifications and drifted in and out of a number of jobs before being convicted of fraud aged eighteen. He then spent two years penniless and homeless in Europe, before returning to his studies aged twenty-one and, after seven years, became a barrister. He has spent the last thirty years at the Bar, becoming a QC in 2012. He specialises in defending major fraud and murder trials. 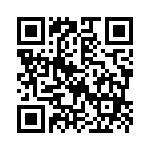