Sheila Rowbotham is a professor in the School of Social Science at the University of Manchester. Her latest book is Edward Carpenter: A Life of Liberty and Love. Lynne Segal is a professor of psychology and gender studies at Birkbeck College, London University. Her most recent book is Making Trouble: Life and Politics. Hilary Wainwright is an editor of Red Pepper magazine, has appeared on BBC’s Question Time, and is a research director of the New Politics Project of the Transnational Institute, Amsterdam. 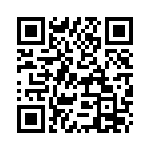