For some time I've wondered why the Abrahamic faiths have been such an outsized success, particularly considering most religions in history have been polytheist. Big Gods answered that question and ... Read full review

This book deserves a short review if only to list the big ideas. The main thesis of this book is that religion has to be large in order to be trnsformative, particularly for civlizations. Norenzayan ... Read full review

Ara Norenzayan is professor of psychology at the University of British Columbia. His work has been featured on the BBC and CNN, and in the New York Times Magazine. 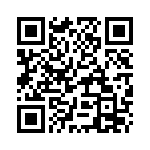