George Yancy teaches in the Department of Philosophy at Duquesne University. His influential edited books include: Philosophy in Multiple Voices (2007), White on White/Black on Black (2005), Narrative Identities: Psychologists Engaged in Self-Construction (2005, with Susan Hadley), What White Looks Like: African-American Philosophers on the Whiteness Question (2004), The Philosophical i: Personal Reflections on Life in Philosophy (2002), Cornel West: A Critical Reader (2001), and African-American Philosophers, 17 Conversations (1998). 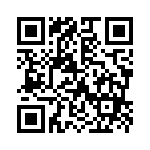