Jane Draycott is Lord Kelvin Adam Smith Research Fellow in Ancient Science and Technology at the University of Glasgow, UK. Her research focuses on health and well-being in antiquity. She has published on a wide range of subjects relating to the history and archaeology of medicine.

Emma-Jayne Graham is Senior Lecturer in Classical Studies at The Open University, UK. Her research focuses on the archaeology of Roman Italy, with a particular interest in the treatment of the body and its representation in material culture. She has published on mortuary practices, infant health and death, sensory experience and the materiality of votive religion. 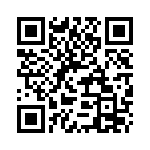