A Must for Scholars and Fans

Robert Eighteen-Bisang and Elizabeth Miller have accomplished the almost impossible - to present a new milestone in Stoker scholarship which will be indispensible reading for anybody seriously ... Read full review

The late Bram Stoker was an Irish writer of novels and short stories and the business manager of the Lyceum Theatre in London. The late Robert Eighteen-Bisang, owner of the world’s largest private collection of vampire books, was an authority on Dracula and vampire literature. He was a member of the Horror Writers Association and lived in Vancouver, British Columbia. Elizabeth Miller, professor emeritus (Memorial University of Newfoundland), is recognized internationally as a leading Stoker and Dracula scholar. She lectures regularly on both sides of the Atlantic and has published several books. She lives in Toronto, Ontario, Canada. 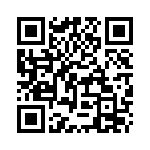