DAVID BUTLER is Emeritus Fellow of Nuffield College, Oxford, UK. He pioneered the field of election studies and co-authored the Nuffield series for many years - a key publication in the Electoral cycle.

GARETH BUTLER became involved in British Political Facts in 1984 when he was a Cambridge undergraduate. He worked on successive editions until his sudden death in 2008. He spent twenty years as a BBC current affairs producer focusing on politics –especially on election and budget programmes. 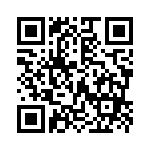