Alison joined NatCen in 1991, after completing an M.Phil. in Sociology at Nuffield College, Oxford. Her core areas of research are social, political and moral attitudes and values. As Head of Society and Social Change, Alison manages the team responsible for the British Social Attitudes Survey series. These annual surveys focus on people's attitudes towards a wide range of issues, and the results form the basis of an annual book, published by Sage. Alison is closely involved with the International Social Survey Programme (ISSP), a cross-national study of social attitudes, and is the ESRC-funded UK Co-ordinator for the 2002 to 2012 rounds of the European Social Survey. She makes regular radio and television contributions concerning social trends, and was a member of the 2003 Fabian Society Commission on the Future of the Monarchy.

John Curtice is a Research Consultant at the Scottish Centre for Social Research, Deputy Director of CREST, and Professor of Politics at Strathclyde University.

Miranda works on a number of different attitudinal surveys, including British Social Attitudes - NatCen's longest-running survey. Miranda particularly enjoys designing questions and meeting NatCen's interviewers to brief them on that year's survey. She is also an editor of the annual report for the survey, and regularly gives interviews to journalists to explain the survey's findings. Miranda's particular interests include attitudes towards relationships and the family; and attitudes about the welfare system. 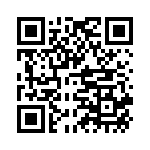