James Ayres is director of the John Judkyn Memorial (which shares trustees with the American Museum in Britain) is honorary curator of the newly restored Benjamin Franklin House Museum in London and was the founding chairman of the Building of Bath Museum. 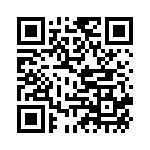