I feel it's only fair to preface this review by admitting that I am not a huge fan of beat poetry. I read this collection of Charles Bukowski poems because one of my fellow librarians is a huge fan of ... Read full review

This was my first Bukowski book, given to me by Mom some 30+ years ago with the hope that I would start reading poetry. It did. It also opened my world to his crazy world. I tried to emulate him. I'm ... Read full review

Charles Bukowsk is one of America's best-known contemporary writers of poetry and prose, and, many would claim, its most influential and imitated poet. He was born in 1920 in Andernach, Germany, to an American soldier father and a German mother, and brought to the United States at the age of three. He was raised in Los Angeles and lived there for fifty years. He published his first story in 1944 when he was twenty-four and began writing poetry at the age of thirty-five. He died in San Pedro, California, on March 9, 1994, at the age of seventy-three, shortly after completing his last novel, Pulp. 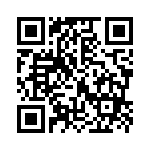