Author Mark Glancy had a unique advantage in researching "Cary Grant, the Making of a Hollywood Legend"--he was given full access to Grant's personal collection of diaries, scrapbooks, press clippings ... Read full review

I've never steeped myself into the worlds of Cary Grant—the stage name of Bristolian Archie Leach—but now, I wish I had done so earlier. Mark Glancy has done an outstanding job at researching and ... Read full review

Mark Glancy is Reader in Film History at Queen Mary University of London. His media work includes appearances on the BBC Radio Four programmes Archive Hour, Back Row, and Great Lives, as well as many articles on film history for the magazines BBC History and History Revealed. Most recently, he served as the editorial consultant and on-screen contributor to the feature-length documentary film Becoming Cary Grant (2017). His publications include When Hollywood Loved Britain: The Hollywood "British" Film, 1939-1945 (1999), The 39 Steps: A British Film Guide (2003), and, as a co-editor, The New Film History: Methods, Sources, Approaches (2007), and Hollywood and the Americanization of Britain, from the 1920s to the present (2013). 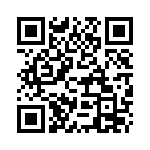