Dougal Dixon was born in Dumfries, Scotland in 1947. He received a bachelor of science degree in geology from the University of St. Andrews in 1970 and a master of science degree in 1972. He entered the publishing field in 1973 and became a freelancer in 1980. He is an internationally recognized authority on dinosaurs and is one of the most popular science writers in the United Kingdom. His books include After Man: A Zoology of the Future, The New Dinosaurs, Man After Man, and Time Exposure (aka The Age of Dinosaurs). He has also served as a special advisor for programs and motion pictures about dinosaurs in the United States, Great Britain and Japan. He received the Distinguished Achievement Award for Excellence in Educational Journalism by the Educational Press Association of America in 1993, the Helen Roney Sattler Award in 1993, the Children's Book Council 1994 Outstanding Trade Science Book Award, and the Times Educational Supplement Primary Schoolbook Award in 1996. 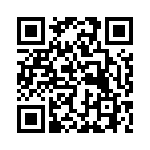