Deepak Nayyar is Professor of Economics at Jawaharlal Nehru University, New Delhi, and Distinguished University Professor of Economics at the New School for Social Research, New York. He has taught at the University of Oxford, the University of Sussex, and the Indian Institute of Management, Calcutta. He was Vice Chancellor of the University of Delhi. He also served as Chief Economic Adviser to the Government of India and Secretary in the Ministry of Finance. He was educated at St. Stephen's College and the Delhi School of Economics. He is an Honorary Fellow of Balliol College, Oxford. Professor Nayyar served as Chairman of the Board of WIDER, Helsinki, and on the Board of Directors of the Social Science Research Council in the United States. He is Vice Chairman of the South Centre, Geneva. His research interests are primarily in the areas of international economics, macroeconomics and development economics. 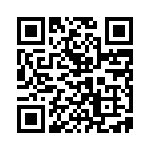