Alan S. Blinder is G. S. Rentschler Memorial Professor of Economics and Public Affairs at Princeton University. He is the author of The Quiet Revolution: Central Banking Goes Modern and other books. 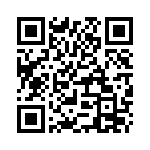