Brenda Brathwaite is an award-winning game designer, artist, writer, and creative director with 30 years of experience in the industry. Before founding Loot Drop, Brenda worked for a variety of game companies including Atari, Electronic Arts, Sir-tech Software, and numerous companies in the social games space. She has worked on many Facebook games, including Cloudforest Expedition, Ravenwood Fair, Critter Island, SuperPoke Pets!, SPP Ranch, Garden Life, Rock Riot, and Top Fish. Brenda served on the board of the International Game Developers Association (IGDA) and presently chairs the IGDA's Women in Games Special Interest group. Brenda was named Woman of the Year by Charisma+2 Magazine in 2010 and also was a nominee in Microsoft's 2010 Women in Games game design awards. In 2009, her game Train won the coveted Vanguard Award at IndieCade. She was named one of the top 20 most influential women in the game industry by Gamasutra.com in 2008 and one of the 100 most influential women in the game industry by Next Generation magazine in 2007. Nerve magazine also called her one of the 50 artists, actors, authors, activists, and icons who are making the world a more stimulating place.

Ian Schreiber has been in the industry for eight years, first as a programmer and then as a game designer. He has worked on five published game titles, including Playboy: the Mansion and the Nintendo DS version of Marvel Trading Card Game. He has also developed training/simulation games for two Fortune 500 companies. Ian has taught game design and development courses at Ohio University, Columbus State Community College, and Savannah College of Art and Design, and has mentored college students at those and several other universities. Ian is co-author of "Challenges for Game Designers. 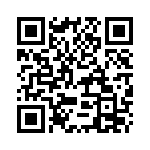