Jason Felch is an investigative reporter with the Los Angeles Times. In 2006 he was a finalist for the Pulitzer Prize in Investigative Reporting for exposing the role of the J. Paul Getty Museum and other American museums in the black market for looted antiquities. His work has also been honored by Investigative Reporters and Editors, the Education Writers Association, the National Association of Science Writers, and the Society for Environmental Journalism. He lives in Pasadena, California, with his wife and son. 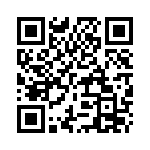