This book was fascinating. Such an interesting memoir. Was happy to hand it to a college senior who was making Peace Corps plans when I was done - best audience for this book. Read full review

Wow. I haven't come across such a compellingly readable non-fiction book in a while. The author really brought the crises of Rwanda, Darfur, Banda Aceh and Haiti to life with the locations almost as ... Read full review

JESSICA ALEXANDER spent much of the last decade responding to humanitarian crises across the globe. A former Fulbright scholar, she has worked for various NGOs as well as UN agencies. She has a dual masters degree from Columbia and is currently working toward her PhD. 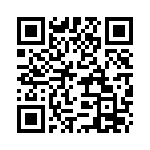