Margaret Pugh O'Mara teaches history at Stanford University. The dissertation this book is based upon won the Urban History Association's award for Best Dissertation in Urban History completed in 2002. 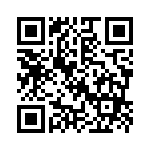