Excellent book on American class system. Alas, now somewhat out of date on markers you can be on the lookout for, such as type of furnishings around the home that clue you in on the background and class of the person. Persian rugs are less abundant in the upper classes these days. But the ones that do still have them have precisely the same ones. If you're not an idjut you can certainly extrapolate to current day stuff that wasn't around back when the book was written.Clothing styles changed big time, but update it to modern dress codes based on snaps of random target audience people in the magazines aimed at each market and you'll twig. I discovered lots of hidden truths about my own background and by explaining the layers within each class I discovered how my parents, each from a different class, managed to have a happy healthy relationship that lasted til death did they part.

Review: Class: A Guide Through the American Status System

Do not read this book if you are not a snob. You'll be greatly offended. Read full review

Paul Fussell, critic, essayist, and cultural commentator, has recently won the H. L. Mencken Award of the Free Press Association. Among his books are The Great War and Modem Memory, which in 1976 won both the National Book Critics Circle Award and the National Book Award; Abroad: British Literary Traveling Between the Wars; Wartime: Understanding and Behavior in the Second World War; and, most recently, BAD or, The Dumbing of America. His essays have been collected in The Boy Scout Handbook and Other Observations and Thank God for the Atom Bomb and Other Essays. He lives in Philadelphia, where he teaches English at the University of Pennsylvania. 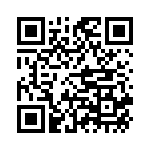